Mobile musician Ryan Balthrop writes songs about the afterlife, respecting the past, social strife, and a dog kept on a running line. His characters leap from trees and into marriage or get dumped at the Greater Gulf State Fair. They find consolation in beer and chicken wings or a piece of heaven in a coldwater flat with a bed in the back. Balthrop calls his music southern eclectic rock, but the bald, burly, sometimes bearded, singer doesn’t slide easily into any category. His flexible voice is a bit Gregg Allman, John Prine, Paul Simon, and Ziggy Marley. His vocals can be warm and relaxed with an acoustic guitar or charged with energy as he pushes song lyrics above the drums and guitars of his band.

Balthrop’s music may be hard to classify, but it is clear where his musical influence began. His mother, father, brother, sisters, aunts and uncles sing and play instruments, both of his grandfathers were storytellers, and his grandmother wrote poetry and short stories. In the summers, the extended family would spend a week at a house on the bay with days filled with singing, stories, crabbing, and Texas Hold’Em. His family taught him how to laugh, sing, love, and eat.

Despite growing up in a house filled with music, Balthrop learned how to swing a tennis racket before he could play a guitar.  “I was obsessed with tennis and I did not own a guitar until I was seventeen, but I still listened to a lot of music,” he says. “My earliest musical influences were the bands my older brother listened to such as REM, The Violent Femmes, They Might Be Giants, and the Pixies. My tennis coach introduced me to The Doors and Velvet Underground, and I listened to a lot of Lynyrd Skynyrd, The Allman Brothers, and Van Halen. I went through a deep David Lee Roth phase for three weeks. I cut a hole in my football jerseys, wore pink and green spandex pants, wrist bands and tassels. We played hide and seek and I was always ‘it’ because I was fluorescent.”

Balthrop sang in church and school choirs, but he first sang publicly at a talent show at Mobile’s St. Pius Catholic School. “Ryan was the class clown at St. Pius and music gave him the attention he was looking for,” says his mother, Angele Calametti Balthrop. “He has always been wide open, full of life, and at ease in front of people.”

Improvisation with words and voices is a natural part of Balthrop’s personality. “My earliest memory of Ryan was his ability to imitate people,” remembers Ryan’s father, James Balthrop. “He can imitate voices and use his own voice in many ways. He  has a spontaneous stage personality and sees the humor in anything. Ryan has fun and entertains himself and that leads to entertaining the audience.”

Balthrop attended the University of South Alabama in Mobile, and majored in nursing to become a nurse anesthetist. His career plans changed his sophomore year when he became the lead singer of a band that evolved into Slow Moses, a successful college band that played in the Southeast during the mid-90’s.

“That was a great music scene in Mobile and a time when big crowds turned out to see bands,” says keyboardist Chris Spies who played in pubs and clubs with Balthrop. “That was a fun time for bands and we made good money. Ryan was able to stick with it, sharpen his sound, and develop a following on his own while still playing in bands like The LowDown ThrowDown. He is a southern storyteller in his songwriting and these songs are easily played as solo acoustic.”

Balthrop’s sound was also shaped by living in The Virgin Islands and touring with Hatch, a reggae, rock, blues, and hip-hop band. “That was one of the best times of my life,” he says. “We toured the Caribbean playing beach bars, regattas, and full moon parties. I got into reggae, and listened to a lot of Peter Tosh and Steel Pulse. The Virgin Islands are one of the most beautiful places in the world and that is where I understood that there is a spiritual side of nature.”

His songs tell the stories of growing up in Catholic school and questioning what is on the other side, or living and playing music by the water, but his best writing comes out of trouble and heartache. “Every songwriter is somewhat bipolar and can feel symptoms of manic depression if they are writing about anything of substance,” he says. “I write the best and the most when I am not feeling right and songwriting is how I let everything out. ‘Way Down Low’ is about the daily struggles we face within ourselves that only we can control.”

“There is only one yesterday, there’s only one tomorrow. It’s best to take it day by day when you’re sifting through your sorrow. Sometimes it takes a dirty floor to help you find that open door. Our fragile minds cannot endure when our hearts are so impure. Are you tired of being so unsure? Go find what your looking for, way down low.
“Way Down Low”

Songwriting can lead to low, dark places, but Balthrop enjoys collaborating and working through ideas with other writers. Balthrop wrote “The Nature of the Beast” at the St. John’s Songwriter’s Festival. “There were 25 songwriters from all over and they randomly put us together to write and record,” says Balthrop. “It was a life-changing week for me to be with amazing talents who were focused and methodical about songwriting. ‘The Nature of the Beast’ was written in a session with Chris Aaron from Colorado and Danny White from Nashville. We all have a beast inside us and sometimes you have to let it run free to have balance. You can’t always keep it locked inside.”

The beast is hidden deep within the dark. There’s a beast waiting behind every man’s heart. You live half your life hoping to tame the rage. Just to realize that you just can’t keep it caged. The human heart don’t have no walls, until the beast comes crashing down from on top of his wrecking ball.
“The Nature of the Beast”

Balthrop wraps some of his deepest lyrics in the reggae rhyme and melody of “Obstacle Illusion.” The song speaks out against the social strife, inequality, and oppression that starts with individuals. “We all put up walls,” says Balthrop.  “‘Obstacle Illusion’ is about getting through the mental blocks that start in our own minds and affect others.”

Known for his singing and songwriting, Balthrop is developing as a musician. He plays guitar and ukulele in public and the banjo when he is at home. “Switching instruments is a good change and stirs up new ideas, adding different textures and different moods,” he says. “I try to focus on creating new music, but learning new cover songs opens up new progressions and new ways to build structure. I get stuck a lot, thinking that an idea sounds too much like something else. But the message is the most important part.”

Balthrop has played music for 20 years, half of his life, and he is still firmly rooted in relationships with his family and friends. He can still be the class clown, but songwriting gives him a deeper and sometimes darker voice.  “I have been doing this a long time, and I play almost every night of the week, but I still like the energy and unpredictability of playing in front of an audience,” he says. “I try to put myself into every song and express my ideas the best way I can.” 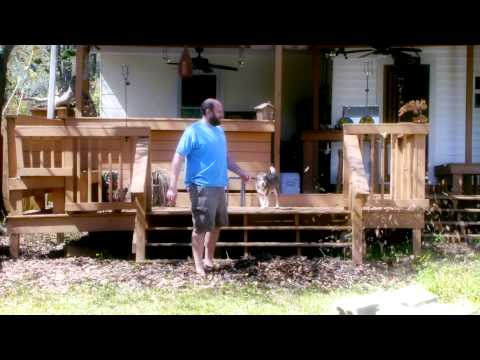 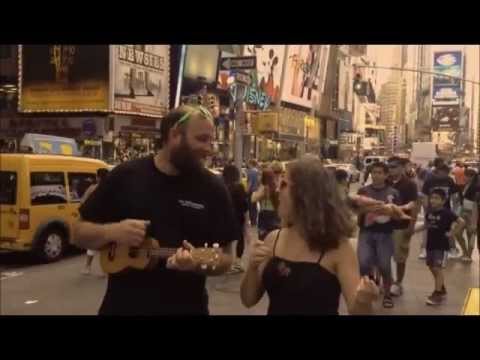 New Album Shows Ryan Balthrop is Growing Up, But Not All the Way
Catt Sirten: Telling Stories with Songs and Photographs
Rambling with The Underhill Family Orchestra