Catt Sirten’s smooth, calm voice is known across the Gulf Coast, but he is much more than warm-toned words flowing through the speakers of cars, homes, and boats.  For thirty years Sirten has been a part of music in Mobile, playing the soundtrack for driving to work, relaxing on Sundays mornings, or unwinding at the end of the day. He still introduces new songs and artists through his Sunday Jazz Brunch and Radio Avalon shows, plays the music of local musicians and brings attention to them through his own photography. Each year he presents over 100 concerts, such as the Brown Bag and Sunset Concerts series, which are free to the public.

“Somehow I found the place where I fit and was at home,” says Sirten. “When I joined the radio station 92 Zew in Mobile, I was in the right place at the right time. It is unusual to have the creativity and freedom on radio that I have, and I don’t take that for granted. My goal is to always tell a story. In radio and photography, I start with the world, narrow the focus, and remove everything that distracts from the story I want to tell. Everyday the story is different.“

A life built on public speaking did not come naturally for Sirten. He was born tongue-tied and his speech was a handicap that he had to overcome. When he was five years old, doctors clipped a ligament in his tongue to help fix the problem. “I didn’t know I had a speech impediment until 8th or 9th grade when I heard myself recorded on tape,” says Sirten  “I immediately asked a neighbor ‘Do I talk funny?’ and he said ‘Yes, you didn’t know that?’  I didn’t know I sounded funny. I just sounded like me.”

The speech impediment defined and labeled Sirten in school, but it was also a subconscious motivation to succeed in radio. “The first person I met who worked in radio had a great resonant voice that was so impressive compared to the way everyone else talked,” says Sirten. “I wanted to talk like that, so I practiced being on the radio by talking into a tape recorder and listening to every word I said. I may speak more clearly today, but I still don’t like to listen to myself. It’s like looking in a mirror and seeing your faults. If I mispronounce a word, I have to stop myself and go back and correct it. I do that all the time.”

Sirten grew up in the late 60’s and early 70’s in the country in Limestone County, Alabama. He picked cotton, dug postholes, chopped wood, milked cows, and helped his dad build the first bathroom on their farmhouse.  His contact with the outside world was three television channels and the radio, and this is where his love of music began. “I innocently thought that radio was about the music, and that is where I wanted to be,” says Sirten.

Sirten’s first radio job was playing country, pop, oldies, gospel, and big band on a station in Pulaski, Tennessee in 1973.  At night, when the station’s owner was asleep, Sirten played the Allman Brothers and the Marshall Tucker Band as country music.  The name Catt began in 1978, when the station he went to work for wanted him to be a rock-n-roll animal. “My full radio name became Cartwright Stone and they called me Cat for short,” says Sirten. “I hated the name Cat Stone, and I dropped Stone as soon as I could. I kept Cat, and added the extra t.  My mom said it fit because when I was a kid, she always looked for me up in a tree or on top of the barn.  I have been Catt for 35 years. My brother even calls me Catt.”

It was video, not radio, that brought Sirten to Mobile, and it was not love at first sight with the Port City. “When I first moved to Mobile, I hated it here,” says Sirten. “After a year, I had enough of Mobile so I moved to Phoenix, Arizona with my best friend. However, she is from Mobile and she missed it, so we moved back. “

After his return to Mobile, Sirten was hired as program director at the radio station 92 Zew and worked this job three times between 1984 and 2009.  He helped the station introduce now-famous artists that the rest of the record industry wasn’t supporting, such as Tracy Chapman and Bruce Hornsby. Sirten was the first person to play Melissa Ethridge on the radio.  “I listened to Melissa Ethridge’s cassette while I was driving down Dauphin Street. Her song ‘Like the Way I Do’ was so passionate, it was her soul coming out. I was enthralled with her, and the next morning I played every song on it. Someone heard it and wrote Melissa the first fan letter she ever received. The next day I got a call from Melissa thanking me for playing the album. She called back every week for a while. Even now, she still has a soft spot for Mobile.”

While Sirten was program director, 92 Zew was awarded 18 gold or platinum albums by the Recording Industry Association of America (RIAA) for the advancement of musical artists careers for Etheridge, Chapman, Tom Petty, Bryan Adams, Georgia Satellites, Suzanne Vega, Bruce Springsteen, and others.

“Catt knows quality music and he goes to the mat for it,” says Mobile singer/songwriter Eric Erdman. “He is completely about helping promote music and musicians. He has even produced cd’s of local musicians and much of this support has come out of his own pocket. He is one of the reasons we have so many talented songwriters in our area. I have played around the world and I know that you don’t have Catt Sirten’s everywhere. “

Through Catt’s Sunday Jazz Brunch and Radio Avalon, Sirten is on the air almost every day of the week. “Every day I get to play what I think the audience wants to hear, expects to hear, and more importantly what they don’t expect to hear,” says Sirten. “Introducing new, unheard music is one of the reasons I got into radio, and there is a critical aspect to finding new songs. Does it fit what I am trying to do? Is it musically intelligent? Will the audience like it? Why should I play this one instead of another one? It is exciting to play music you feel confident that other people will like and chances are at that moment you are the one place in the world playing that song.”

Each show is a new story for Sirten to tell, but he never writes down a rough draft or a set list of songs. “I don’t have a clue before the show about what I am going to play, but there is always a structure and a foundation,” says Sirten.  “I take a minute before it begins and a song will come to me based on the weather or how I feel. Who knows where it comes from, but it always comes.  The next piece is related but different. It’s like a jigsaw puzzle, and there is always a piece that fits next, I just have to find it. Sometimes I may go through a dozen pieces and I use every bit of the three minutes of the song that is playing to find the next song.  By the end of the program, I hope we have painted a picture with that music. There are usually about three programs a year where I feel like I’ve really said something.“

During his shows, Sirten envisions what people are doing as they listen. His favorite image is a couple that has been married for a long time and may be past the point of communication. Life is mundane at home and they may be in bed or at the table reading to themselves, but a piece of music comes on and one asks the other to dance.  “That does happen, and music affects people’s moods and what they do,” says Sirten. “People tell me that I am not just playing music, but these radio shows are a part of their lives. It is all connected.”

It was this visual imagery that finally connected Sirten to photography. He was 45 when he first picked up a camera and has been director of photography for 18 years for Mobile’s BayFest music festival. His photography is included in nine books including “Mobile Bay Yesterday, Today, and Tomorrow.”  “Photography is a parallel endeavor to music,” says Sirten. “Both try to elicit an emotional response from a viewer using only our senses. Whether it is photography, video, or music, my goal is always to tell a story. Photography, video, radio, dealing with people, picking cotton, it is the same life and affects itself.”

Sirten believes Mobile is the one city where he can earn a living doing the things he loves. “The reward of my work is not the money, because I am certainly not getting rich,” says Sirten. “The reward is getting to do all of this. If success is waking up each morning and loving what you do, then I am the most successful person I know. If I don’t screw it up, I will get to do it again tonight.” 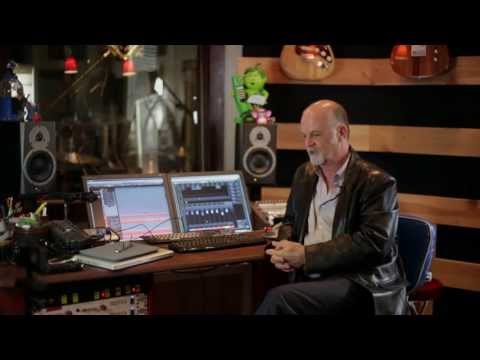 Catt Sirten tells The Southern Rambler stories of getting into the radio and why he still loves the music. Video by Chris Helton.  Lead picture by Keith Necaise Photography.